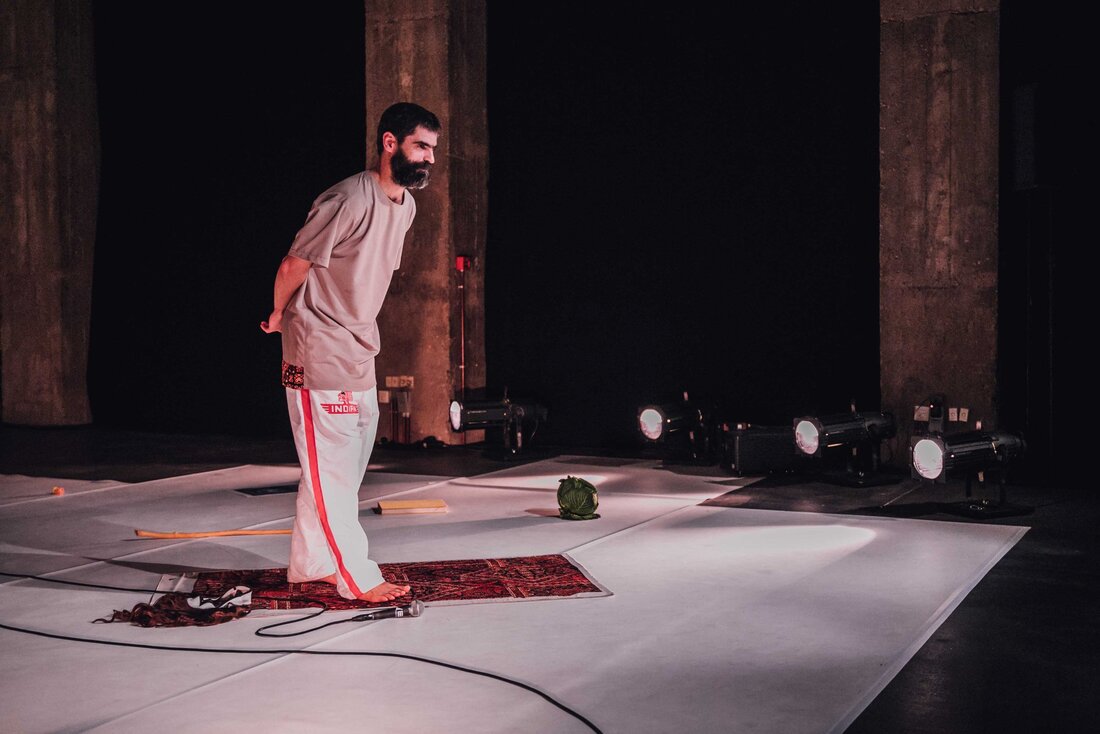 Marcos Simões (Portugal, 1975) is a choreographic artist and a performer living in Brussels.
He studied art at José Estevao secondary school in Aveiro and civil engineering at Instituto Superior Técnico in Lisbon. Since the age of 14 that he has integrated several amateur theater groups in the schools he studied, experiences that took him in the direction of dance and performance. He attended the intensive course of SNDO (School for new dance development) in Amsterdam, and the contemporary dance programme at the University of Fine Arts Miguel Hernandez in Altea, Spain, where he started to create his own artistic work.
He took several workshops with different artists that he had a specific interest on their work such as La Ribot, Meg Stuart, Vera Mantero, Juan Dominguez, Jennifer Lacey, Von Calhau, Joao Fiadeiro, Dora Garcia and others

He was one of the founding members of Cabra VZW in 2005, with the need to have a collective of artists to share interest, criticality and with the idea to facilitate the work of the artists involved.

In 2009 he completed the post-master apass (advanced performance and scenography studies) in Performing Arts in Antwerp where he presented several works (performance, videos, drawings and a publication) around his concept: The LaughingBody.

He has been invited to be part of the jury member of apass (advanced performance and scenography studies) and isac (institut superieur des arts corégraphiques) and to give workshops together with Sara Manente around their work in different Art academies in Belgium (kask, apass, isac) and abroad (Portugal, Spain and South Korea)

As a performer he has worked for Sara Manente, Kyung Ae Ro, Nada Gambier, Ayelen Parolin, Jordi Gali. Vania Vaneau, and as a dramaturg assistant for Jonas Chéreau.

Currently he his working as a dancer for Vania Vaneau with her piece 'Ora (orée)' and for Jonas Chéreau with 'Reverberer'. In 2021/22 he will performing for Sara Manente in her project 'Mold'.
Together with the visual artist Pauline Brun on September 2021 they will start their research project 'Tie-Tool'.

he takes weaving and tapestry classes at the academie beeldende kunsten in Anderlecht.

Even though the body is the material from where I work, I use different mediums such as drawing, video, image, textile, objects as tools to activate reflection and process. I juxtapose disparate elements in order to create a language of relations, a poetry 'imagé', that functions as a rite of relations. Relationships are a strategy to unveil what exist in between things, to open up holes and meanings we are not in control of.