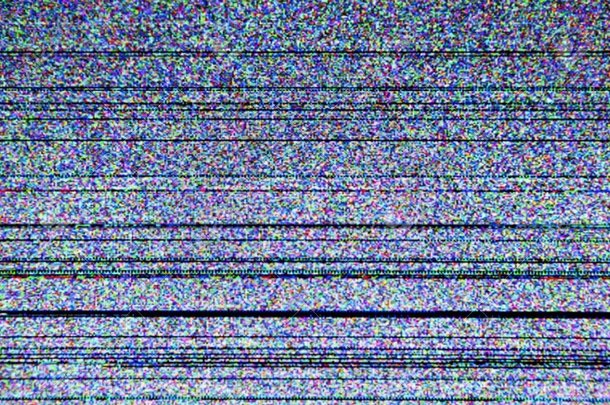 THERE ARE SENDERS AND RECEIVERS AND THERE IS AN AUDIENCE TOO.
THERE IS "BELIEF" AND THERE IS "MAKE BELIEF" AND THERE IS "MAGIC" TOO.
WE CREATE THE MAGIC BY CREATING THE RULES FOR IT TO HAPPEN.
WE EMPOWER AN OBJECT, A PERSON, A SITUATION THROUGH  SPECULATION AND PREDICTION.
LIKE AN "EXPERIMENTAL MAGIC" WITHOUT MAGICIANS.
​
Sara and Marcos conceived the evening as an experiment in telepathy: have you ever had paranormal experiences? Do you know someone who has telepathic skills? Did you ever hear a ghost? Have you ever had premonitory vision? Did you hear of astral voyages?

The telepathy plays on the following assumption: what if we all have telepathic powers to send and receive messages between each other? In the setting of Tele Visions, there are two groups in front of each other (the audience watching the experiment and the members of the audience chosen to be the receivers), with Sara and Marcos in between as the senders of the message.

The senders are sending out a message: an instruction to be performed by the receivers. This message is only visible for the audience. The sender and the receiver "telepathically" communicate the message by looking into each other's eyes. The receiver performs the message without knowing what the message is.
​
The triangular relation created between the performers, the audience and the senders creates a multitude of layers of reading and engaging in the dynamics of the performance.Finally the work reflects back on: what a performance is, what it produces, how virtuosity and failure works, what our expectations are.

"We let other forces enter the work: chance and understanding on a level of communication other than language. That way we empower the people involved in a collaboration in which everybody is engaged in creating meaning."
​
CREDITS LANGUAGE
Concept: Sara Manente & Marcos Simoes
Performance: Sara Manente, Marcos Simoes and some guests from the audience.
Production: Hiros for Cabra.
Supported by: BUDA (Kortrijk), CAM2 Mostoles (Madrid), Re:commerce, Bains Connective (Brussels). 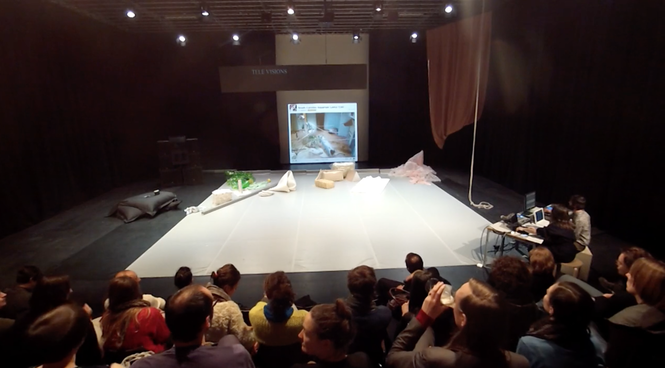 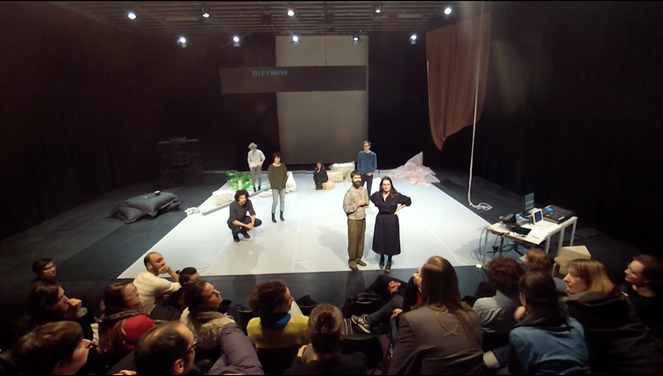 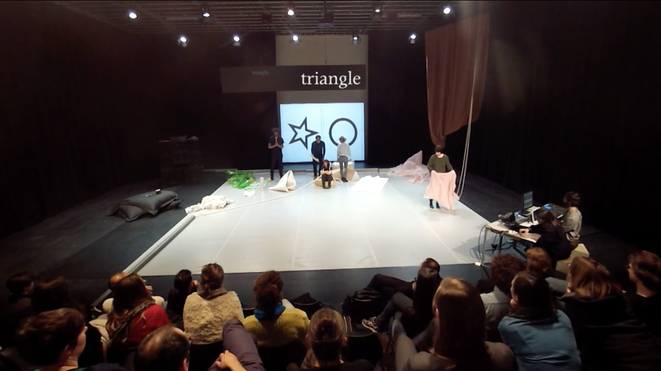 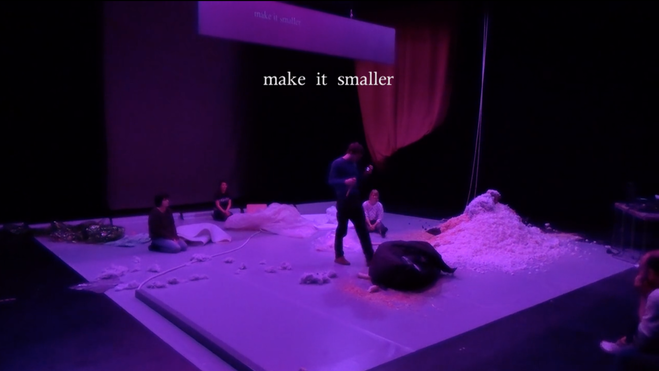