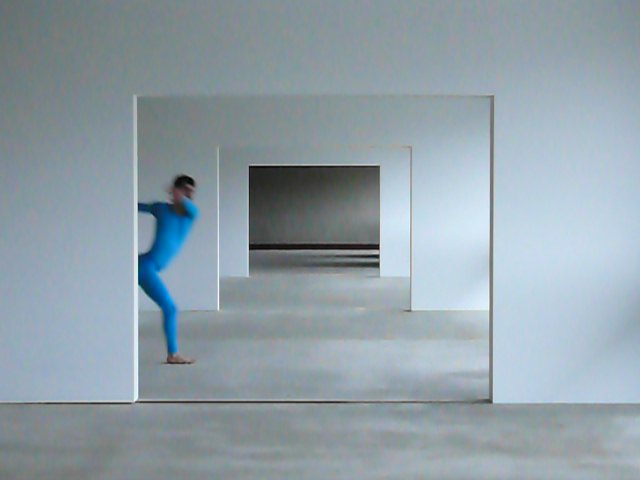 Punch line:  the culminating part of a joke that gives it its humorous or dramatic point.

A joke can be defined as a structure, that guides the listener into a certain story or action that seems to make sense, until the moment the punch line arrives and the sense is completely inverted. The punch line breaks up the sense of the structure, opening up a completely non-sensical space. The punch line is the line upon which sense and non-sense meet each other, provoking the appearance of laughter.
I am especially interested in the punch line effect, in the meeting point where sense is completely subverted into non-sense. Where logic falls into the absurd, into nothingness, and as a reaction towards this switch the body ejects the laughter. The perspective is completely switched around, the logic is turned upside down.

Punch line (decision) is a video/sound/installation in which the body falls into laughter after being hit by the punch line. The body of the artist and his relation with laughter. Why does this body fall into laughter? Where is the punch line situated? What is the relation between laughter and art?
​
The body of the artist is a splited body, a body that is at the same time one and another. The comic always springs from a dual relation: the one who makes laugh and the spectator that laughs at. The body of an artist is at the same time the body that initiates the laughing, and the body (the spectator) that laughs. The body of an artist is the body that exists in an in-between space, in the singularity space, which is the place of the contemporary body and the political body, the place of the fracture. What is this fracture place? This place where the body deals with the space of possibilities, the space of non-sense, non-knowledge, non-language. The space of creation, where the body deals with other kinds of knowledge. The laughable logics in a certain sense. The game space.

This video installation is composed by 6 videos.
The first one is at the entrance meaning before entering in the space with headphones for the audience.
The other 5 are inside the space: 1 in the front; 3 aligned at the lateral side, and 1 at the back of the space. The sound of different laughters fills in the space. 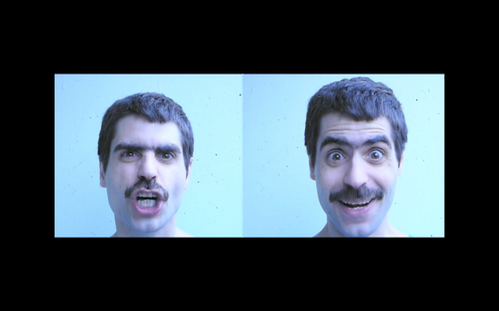 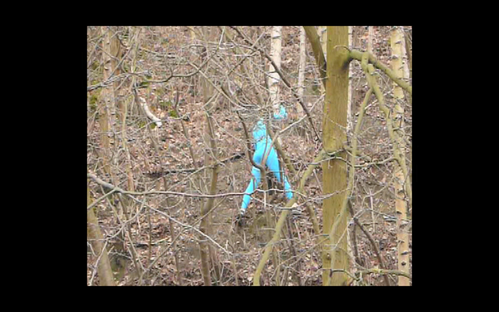 in the front of the space 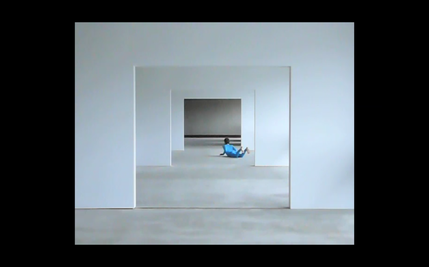 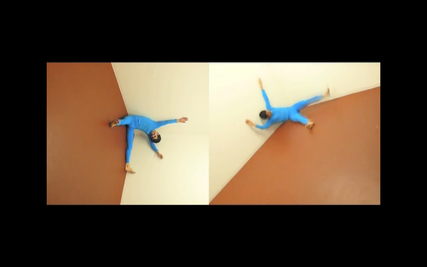 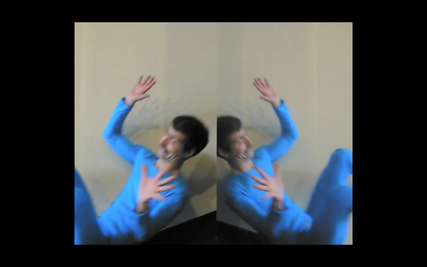 all 3 aligned side by side at the lateral 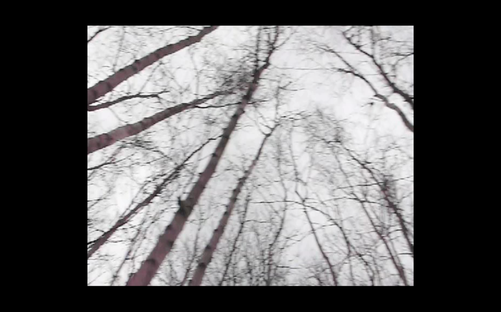 on the back of the space